Everyone thinks they understand old-school D&D, but very few people outside of already-committed OSRites actually do. Myths continue to be spread about how the game is all about combat, or that it was full of sexist bullshit or that everyone that plays it is a gross, fascist old codger. Of course, all of this is untrue. 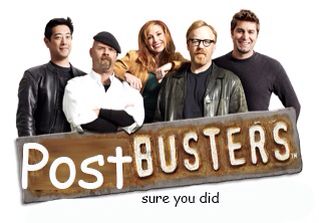 Myth 1: “Old-School D&D was all about combat”

This is entirely false. Combat was deadly and fast, with not much in the way of tactics codified in the rules, and was heavily abstracted. Remember, armor makes you harder to hit, and hit points are very abstract, representing a combination of your physical prowess, luck, and fighting spirit.

Combat in old-school play is a failure state and a last resort, and this is reflected in newer OSR games and in advice on old-school play. Remember, XP from monsters killed was a small percentage of XP - the vast majority of XP was earned from looting treasure, at the rate 1 GP = 1 XP. Defeating a monster didn’t necessarily mean beating it in combat either - negotiating, using sleep magic, or plain outrunning or outwitting them was much more effective, all of which took place in roleplay rather than rolling on combat tables. Old-School monsters were also far nastier, with abilities including level drain and petrification, the only cures being “level up again” and “have a party member or friendly caster cast stone-to-flesh” respectively.

Recall also the simplicity of the fighter class, the class for whom combat is a specialty: in OD&D their advantage was simply in getting more hit dice (and thus better odds in combat) sooner than anyone else; and in later TSR editions they used bigger hit dice with better to-hit tables (or THAC0, in AD&D 2E).

Ironically, later editions (WotC D&D) were all about combat, with XP becoming something that was mostly earned from slaying monsters. 4th Edition, which is a glorified miniatures wargame, is the largest offender here, with almost all of the rules and page count dedicated to combat & combat abilities. The fighter class also gained access to special moves, feats, and so on in WotC editions.

All told, I rate this myth to be total bullshit.

Gary Gygax is a complicated figure. On the one hand, he codified the OD&D rules & commercialized RPGs, arguably being instrumental to the popularization of the scene - without which most of us wouldn’t know RPGs even existed. On the other hand, he tried to cut Dave Arneson out of royalties he was owed, and was, from what people that knew him say about him, not a good person morally. That’s without going into how he handled TSR in the 80s or his political views.

Most OSR people understand this. Hero-worship in the OSR is mostly limited to Dave Arneson, on whom I can’t find any dirt, nor can I find any dirt on the authors of the various Basic editions of D&D, which are the most popular in the OSR. Gary Gygax is seen, rightly, as a complicated, polarizing figure. Thus I think this myth is mostly untrue.

Myth 3: “OSR types are all reactionaries”

There is definitely a reactionary (in the sense of right-wing) component to the OSR, mostly surrounding figures like the RPG Pundit and 4chan’s /osrg/. It is, however, a wild exaggeration to say this is the whole of the scene, or that this is in any way unique to OSR games; there are reactionary figures in the storygames, GURPS, & 5E communities, as well as in any other community you care to name, but it doesn’t devalue the game itself, nor does it mean the entire scene is reactionary.

The OSR has, on the contrary, significant left-wing elements. A cursory glance or discussion with the mods of the OSR or Melsonia (Troika) Discord guilds will reveal LGBTQ+ friendly spaces with low tolerance for reactionary elements. The former has also been the closest to a central discussion space for the *DREAM, a leftist, post-OSR scene, that exists. Explicitly leftist takes are also not unheard of

Overall, I rate this untrue.

Myth 4: “There were rules that hampered female PCs”

This is a total myth invented from wholecloth, or possibly misremembered from obscure 3e splats or FATAL. OD&D and the Basic sets contain no trace of a rule that reduces strength for female PCs. There is definitely an assumption in OD&D that the player characters will be straight cis men (which I put down to the game being 50 years old and thus having the regressive gender norms of their day), but nowhere is there a rule forbidding the player or her character being a woman. OD&D was actually very popular with women in its day, far exceeding TSR’s expectations.

To be fair, some obscure (and to my knowledge, ignored by most DMs) AD&D 1E rules do imply a slight disadvantage in some areas, but as this edition is not popular in the OSR, and as this never made it into any retroclones or other OSR games, I’m rating this one as untrue.

Nothing has done more damage to the reputation of OSR than LotFP.

This is the main one that has a grain of truth. There are old-school modules, most famously the Tomb of Horrors, that seem to take perverse glee in torturing the players and killing their characters. What gives?

This is, in fact, an accident of history, which makes sense when you take tournament play into account. Games were run at conventions where the objective was not role-play, but in fact straight dungeon crawling, with the aim either to reach a goal in the least time or to escape with the most treasure. The modules (known as “tournament modules”) were sadistic in order to be challenging even to experienced D&D players.

This type of play was surely popular in its time, but is quite archaic now. Why? Because now we have computer games - specifically, roguelikes and other dungeon crawlers, which scratch this itch without requiring team-mates or a DM to play any time. This is especially apparent if you look at early 80s CRPGS such as Wizardry or the Bard’s Tale, which are hell-bent on killing the player and require wit, knowledge, and a little luck to get past.

So, these sadistic modules are indeed a part of old-school D&D, but they are artifacts of an older, since-abandoned playstyle. It’s apparent if you read old-school games that this was not the primary aim of the game, such as this passage from B/X, page B4 (emphasis in original):

“Winning” and “losing”, things important to most games, do not apply to D&D games! The DM and the players do not play against each other, even though the DM often plays the role of various monsters which threaten the player characters. The DM must not take sides. […] A good D&D campaign is similar to the creation of a fantasy novel, written by the DM and the players.

I would invite anyone still spreading these myths to actually sit down and read (or better yet, run or play in a game of) B/X or the Rules Cyclopedia. You might be pleasantly surprised.