The LBBs, of course, gave us three classes: the fighter, the magic-user, and the cleric. The fighter and magic-user need no introduction, but the cleric has always been a bit of an oddball. I think a lot of this is a confusion of concept. Others have pointed out that the cleric is, essentially, several disparate ideas condensed into one:

We usually think of clerics as the last two points, but it’s crazy to look back at just how good old-school clerics were at destroying the undead. With reason, too; undead are some of the scariest opponents in the first fantasy game. They don’t check morale, and some of them have really evil attacks like level drain. It makes sense to make one of your players be a nuke against those types, the same way the wizard’s fireball or cloudkill is against a horde of nasties.

So, let’s say, like me, you’re at odds with point 2. Not only does the Christian theme not really work in your setting (not to mention being slightly weird and potentially ~problematic~ in the first place). Who’s going to slay your undead and heal up the other murderhobos?

Enter some inspiration from the East, specifically from the original Final Fantasy: the White Mage. A “clothy” wizard who uses benevolent magic, rather than the amoral magic of his colleagues; he still has a lot of more fun uses in the form of spells that deal with creatures of darkness.

Oh, and he’s also pretty handy with a hammer. 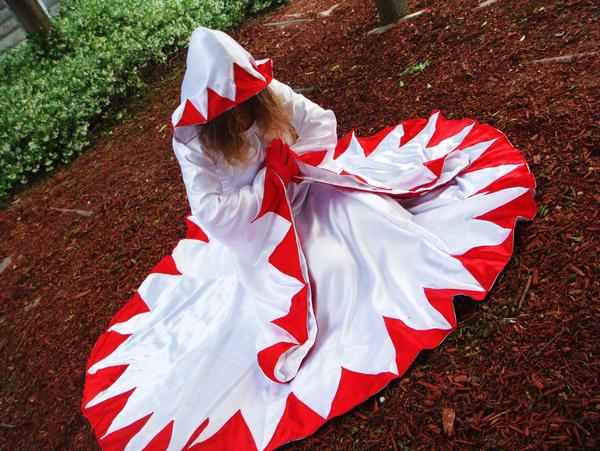 Photograph by distantvisions on deviantart

Perk: So long as you’re dressed like a White Mage, you find it easy to convince people you’re doing good work (everyone trusts you easier). Similarly, mercenaries will be more willing to follow you (because they know you’ll take care of them). You start with the signature robes of your school.

Drawback: You cannot use, or even own, edged weapons (swords, arrows/bolts, axes, etc). The clergy don’t like white mages (for encroaching on their territory).

Doom of the White Mage

You can avoid this doom by swearing an oath of non-violence on the heart of an angel or pit fiend.